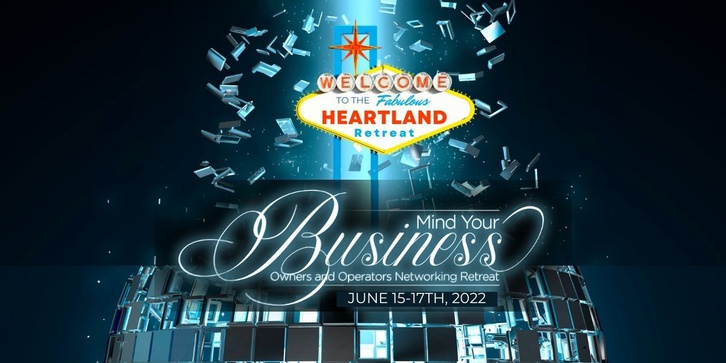 Wow! It never ceases to amaze us how spending time with our customers ignites our passion to do bigger things. We are truly humbled to work with so many amazing salon owners. The feedback we have received was spectacular which leaves us contemplating how we top it next year. Before we get to that let’s recap the events of last week.

This year included more vendors than the previous year and next year looks to be even bigger. We are so lucky to partner with the best manufacturers in our industry. This year included Sun Evolutions our top sponsor as well as New Sunshine, Devoted Creations, Norvell, VersaSpa, KBL, Lucas Products, Cocoon, Clinical Care, POLY, Mine Tan, Tan Incorporated, and the ASA (American Suntan Association) which Heartland is a proud member of.

Guests were welcomed with beach bags filled with products along with a detailed itinerary of the week’s events. Though the hotel is said to be haunted, salons were greeted with a different kind of spirits in their rooms to enjoy while they settled in.

We extended the networking times as well as added fun networking excursions to the mix such as a pool party, paranormal tour, poker pub crawl, and games and smores outside. Each event included giveaway swag, fantastic conversation, and memories made. Business owners were able to bounce ideas off one another in a relaxed environment.

The event concluded with Heartlands 40th birthday bash which included casino games, a live band, and lots of giveaways. Guests wore their grooviest attire to our Studio 54-themed party. We enjoyed celebrating 40 years in business with the very people who made it possible.

As requested, Heartland Tanning Presents has already begun planning for next year's retreat #MYB3 which will include a new venue as well as other changes requested by salon owners. Dates have not been solidified but it would be wise to block off June 7th-9th or June 14th-16th now so that you won’t miss our next retreat. Thank you to all who attended, we would be nothing without YOU!